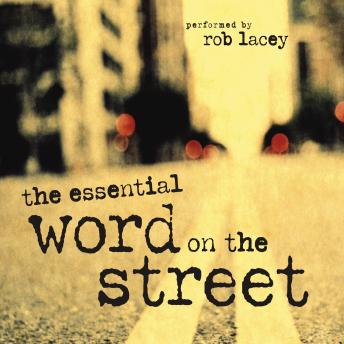 The Essential Word on the Street Audio Bible

It’s the story of the Bible as you’ve never heard it before: a fast-moving overview of the most published book in history, performed by author, actor, and award-winning broadcaster Rob Lacey. Inspired by the acclaimed book and based on the live performance seen by thousands in the UK, this recording provides a 60-minute tour of the whole Bible. It’s fast, insightful…even funny. The classic stories of Scripture are retold with vivid 21st century language—psalms as songs, the Gospels as one story, epistles as emails, and Revelation as seen through a virtual reality headset. It’s been described by one BBC producer as “storytelling at it’s very best.”

This title is due for release on August 19, 2005
We'll send you an email as soon as it is available!