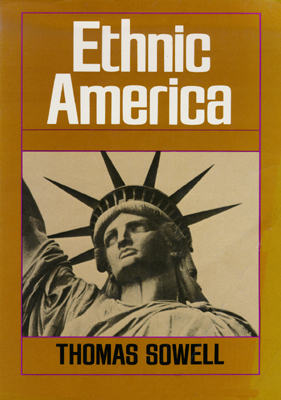 One of the greatest dramas in all of modern times involves the peopling of America. In Ethnic America, Thomas Sowell provides a useful and concise record tracing the history of nine ethnic groups: the Irish, the Germans, the Jews, the Italians, the Chinese, the Japanese, the Blacks, the Puerto Ricans, and the Mexicans.
Sowell offers perspective-building facts—there are more people of Irish ancestry in the United States than in Ireland and more Jews than in Israel—and explains each ethnic group’s varied experiences in adapting to American society.

This title is due for release on June 24, 2005
We'll send you an email as soon as it is available!