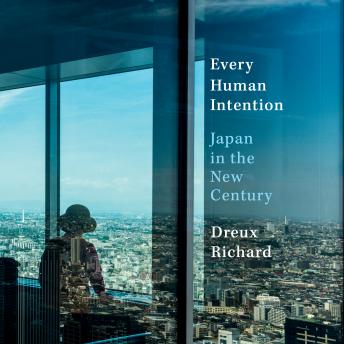 Every Human Intention: Japan in the New Century

“An absolute marvel. Reveals the inner workings of modern-day Japan like no other work of literary nonfiction I have read, and does so with the smooth story-telling expertise of a novelist.”—Richard Wiley, author of Soldiers in Hiding

Every Human Intention takes us beyond political debates and news analysis, into the infinite complexity of historically significant events as they unfold. Admitted to the innermost corridors of Japan’s bureaucracy, Richard witnesses the near-collapse of the nation’s nuclear regulator and meticulously documents the way this upheaval is concealed from the public. Through his decade-long relationship with Japan’s Nigerian community, he pursues the elaborate cover-up at the heart of Japan’s immigration system. On the nation’s northern border, he follows the region’s youngest census worker through a landscape of abandoned homes and vanishing lives. In Richard’s poised narration, there are no simple answers or elegant conclusions—only the unsettling, lyrical beauty of the intimate moments and buried secrets that form Japan’s national drama.