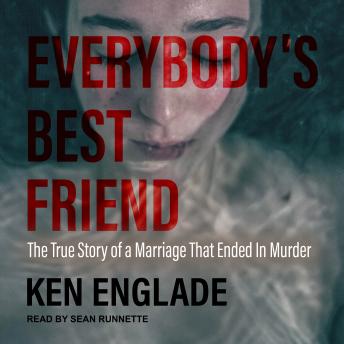 Everybody's Best Friend: The True Story of a Marriage That Ended In Murder

Inside a beautiful house in Philadelphia's ritzy Main Line section lay the body of a young mother-dead of an apparent drowning in her bathtub. With no sign of a break-in, no history of marital problems, and the naïve belief that these things sometimes just happen, Stefanie Rabinowitz's family prepared to bury the twenty-nine-year-old wife and mother. But at the eleventh hour, because Stefanie was so young, and because there were no witnesses to her death, an autopsy was ordered. And what it revealed was unthinkable: Stefanie had been murdered-strangled in her home, then dragged into the tub to stage a fake drowning. Even more shocking was the suspected killer-Stefanie's thirty-four-year-old husband, Craig: devoted family man, loyal husband, and 'everybody's best friend.'

When the astounding truth began to emerge, so did the tawdry double life of Craig Rabinowitz, a man so obsessed with a two-thousand-dollar-a-week exotic dancer, that his habit caused him to look to the insurance money he would get from murdering his wife. Now, with exclusive interviews and startling inside details, bestselling author Ken Englade blows wide open the shocking true account of a storybook marriage that ended in bone-chilling murder.

Everybody's Best Friend: The True Story of a Marriage That Ended In Murder