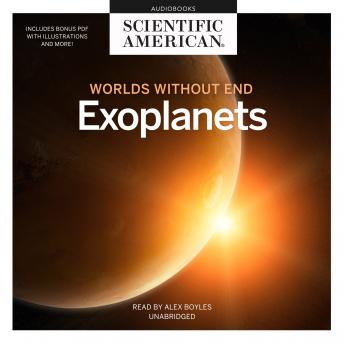 In the two decades since astronomers first discovered the existence of a planet outside of our solar system, “exoplanetology” has become the hottest specialty in astrophysics. Scientists young and old, inspired by the thought of finding either another habitable world or the Holy Grail of space exploration—life itself—flocked to be part of this burgeoning field. With so much brainpower on hand, it’s no wonder that investigative techniques advanced more quickly than anyone would have thought. To date, more than one thousand exoplanets have been found, and in this audiobook, Exoplanets: Worlds without End, we delve into this quest that sometimes sounds more like science fiction than science. So far, we’re still alone out here, but in a field where the discoveries are coming thick and fast, it’s exciting to think that it could all change tomorrow.