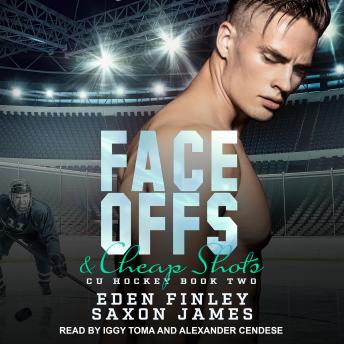 For the last three years, I've lived and breathed hockey with one goal: team captain. There's only one thing standing in my way. TJ Beckett.

Beck is irresponsible and immature, and I've hated him since the moment we met freshman year. Yet, the coaches see something in him I obviously can't, and they refuse to choose between us. The captain spot is going to a team vote. And the team thinks that what we need are a bunch of challenges to prove our worth. Challenges that have nothing to do with hockey. Challenges that are throwing me and Beck together. And he's still as infuriating as ever.

I have no idea why Christopher Jacobs hates me, and I can't say I care. I like pushing his buttons, but the guy needs to loosen up.

I'm going to win these stupid challenges easily and spend my senior year as hockey king on this campus. Tormenting Jacobs at the same time will just be a bonus. Even if I'm getting confusing feelings toward him, I won't let it hold me back. When it comes to competing, I'm all in, and nothing will get between me and the W.