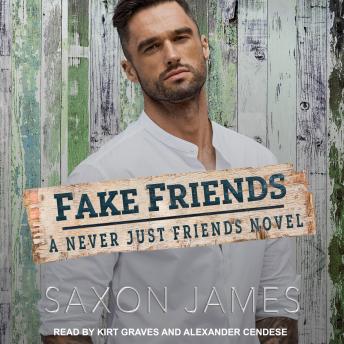 Five years ago, I ruined the best thing I had in my life and ran. Now, I'm finally back to make things right. I need Circus's forgiveness, and then I can finally move on. I'll leave Sunbury for good this time and never look back. Maybe then I can finally live life as an out gay man-without my family ever finding out. But earning his forgiveness isn't as simple as I hoped it would be. He's going to make me fight for it. And I don't blame him at all.

I never wanted or expected to see Rowan Harvey again. When he shows up in Sunbury, begging for forgiveness, I'm tempted to give it to him just so he'll disappear. Instead, we make a deal. I need an extra model for a swimwear shoot, and none of my friends are available or fit the brief. I'll forgive him, if he helps me. Then he has to leave. For good. Because his request for anonymity during the shoot proves he's still living in his dark closet. I'm not going to make the same mistakes I did when I was a teenager. I won't let myself fall for him again. Because after how things ended between us, he doesn't deserve a second chance.