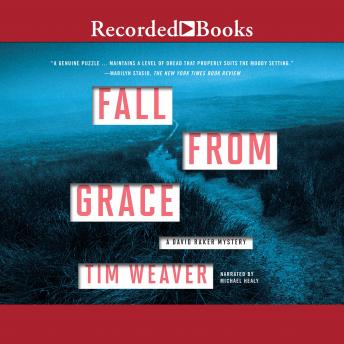 No Goodbye When Leonard Franks and his wife, Ellie, leave London for their dream retirement in the seclusion of Dartmoor, everything seems perfect. But then their new life is shattered. Leonard heads outside to fetch firewood from the back of the house - and never returns. No Trace Nine months later, with the police investigation at a dead end, Leonard's family turn to David Raker - a missing persons investigator with a gift for finding the lost. But nothing can prepare Raker for what he's about to uncover. Nowhere to Hide Because at the heart of this disappearance lies a devastating secret. And by the time Raker realises what it is, and how deep the lies go, it's not just him in danger - it's everyone he cares about.

A page turner from start to finish with twists at every turn. Well written and well read. I will listen to it again if a month or so.

This title is due for release on July 19, 2016
We'll send you an email as soon as it is available!