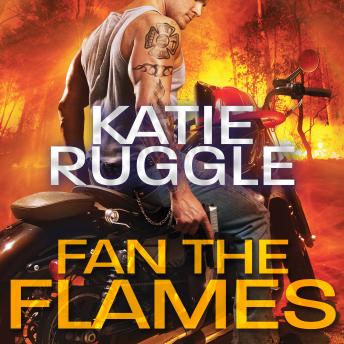 #2 of Search and Rescue

As a motorcycle club member and firefighter, Ian Walsh is used to riding the line between the good guys and the bad. He may owe the club his life, but his heart rests with his fire station brothers . . . and with the girl he's loved since they were kids, Rory Sorenson. Ian would do anything for Rory. He'd die for her. Kill for her. Defend her to his last breath-and he may just have to.

Every con in the Rockies knows Rory is the go-to girl for less-than-legal firearms, and for the past few years, she's managed to keep the peace between dangerous factions by remaining strictly netural. But when she defends herself against a brutal attack, Rory finds herself catapulted into the center of a gang war, with only Ian standing between her and a threat greater than either of them could have imagined.

TMI on guns unnecessarily. Not relative to the story.

I like how the story ties in to the previous book. Very well written and the narrator's voice is perfect for the character depiction.

A compelling continuation of the series. I like that the women in the series are strong characters, although that seems to be demonstrated by an ability to kill. In this story I was interested in how Rory's background shaped her approach to life and enjoyed following her path to interacting more with the outside world.

great really enjoyed this one

This title is due for release on January 10, 2017
We'll send you an email as soon as it is available!