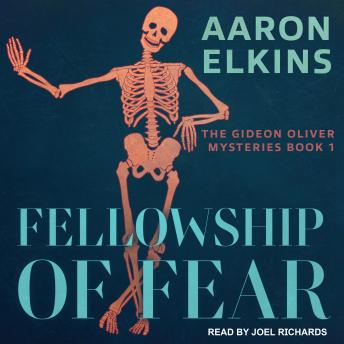 When anthropology professor Gideon Oliver is offered a teaching fellowship at U.S. military bases in Germany, Sicily, Spain, and Holland, he wastes no time accepting. Stimulating courses to teach, a decent stipend, all expenses paid, plenty of interesting European travel . . . What's not to like?

It does not take him long to find out. On his first night, he is forced to fend off two desperate, black-clad men who have invaded his Heidelberg hotel room with intent to kill. And then there are a few trivial details that the recruiting agency forgot to mention-such as the fact that the two previous holders of the fellowship both met with mysterious ends.

From there, it is all downhill. Gideon finds himself the target in an unfamiliar game for which no one has bothered to give him the rules. What he does have is his own considerable intellect and his remarkable forensic skills. He will need them, for he is playing for some fairly high stakes: the security of Western Europe.

This title is due for release on January 10, 2019
We'll send you an email as soon as it is available!