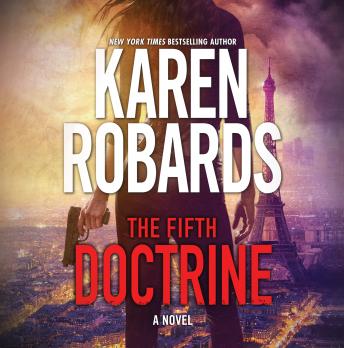 Everything’s on the line for Bianca St. Ives. She’s either going to save the world—or die trying.
It took one hell of an effort for the authorities to finally get the jump on master manipulator Bianca St. Ives. But now that they have, they’re not taking her in. Instead, they offer a one-shot deal that would allow Bianca to walk away scot-free. And all she has to do is run one last mission—the kind she might never return from. But if Bianca wants her normal life back, it’s not like she has a choice.
An intelligence operation is already underway in North Korea, one that’s poised to end the threat the rogue regime poses for good. But first, the US needs one of their own to go undercover as the female hacker who recently stole top secret intel from NORAD. Enter Bianca. She knows feeding fake information directly into the belly of the beast is about as dangerous as it gets. It could mean torture or endless imprisonment—assuming she survives. But it might also change the world. Besides, if Bianca has to go down, she’s gonna go down swinging…

This book is amazing!!! I Love Bianca! I'm hoping for another book. Julia Whelan is a fantastic narrator and I'm glad she narrated all three Guardian series books. I'll be waiting for more and rereading and listening to the last 3.