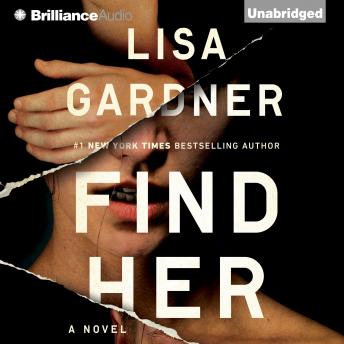 Seven years ago, carefree college student Flora Dane was kidnapped while on spring break. For 472 days, Flora learned just how much one person can endure.

Miraculously alive after her ordeal, Flora has spent the past five years reacquainting herself with the rhythms of normal life, working with her FBI victim advocate, Samuel Keynes. She has a mother who’s never stopped loving her, a brother who is scared of the person she’s become, and a bedroom wall covered with photos of other girls who’ve never made it home.

When Boston detective D. D. Warren is called to the scene of a crime—a dead man and the bound, naked woman who killed him—she learns that Flora has tangled with three other suspects since her return to society. Is Flora a victim or a vigilante? And with her firsthand knowledge of criminal behavior, could she hold the key to rescuing a missing college student whose abduction has rocked Boston? When Flora herself disappears, D.D. realizes a far more sinister predator is out there. One who’s determined that this time, Flora Dane will never escape. And now it is all up to D. D. Warren to find her.

Exactly what I want in an audio book. Perfect narration, suspense and great characters..

Much of the book includes parallel storylines, but unfortunately one is much more interesting than the other. Plenty of mystery that unfolds as the story continues, coming to an exciting culmination that ties all storylines together nicely.

Very good book. Full of suspense and the narrator knocked it out of the park. I'm a truck driver so listening to this particular book not only helped the miles go by faster but gave me a personal connection....even if it's with a HORRIBLE MONSTER who just happens to drive a truck.

Narrator deserved more than 5 stars. I can fully understand why she has won many awards for her narration. The story was very captivating and powerful.

This was an excellent book. It kept me guessing until the end.

Fantastic book...i was hooked from the first chapter!

Thought this was an excellent book. Enjoyed!

Very good and suspenseful! Kept me on the edge until the very end.

This was Hwy usual suspenseful on the edge of my seat book, loved it

I've never been disappointed by this author or narrator. They make a great team!

A brilliant author and a brilliant narrator! Want more of both!

There was endless possibilities for this book to be great, unfortunately it fell short; in my opinion. I would have liked to have heard more about the Victim turned badass. I wasn't the worst but it could have been so much more. As far as the narration...it did not help me relate or feel the emotions.

It wasn't her best book, but I would still recommend it. I love her stories, especially the D.D. Warren series.

Loved the book and the narrator. I didnt want to stop listening. Wish I had paid attention when ordering it. I ordered abridged edition. I would have enjoyed listening to the whole book.

Very intense story. Ms Potter does a great job making you feel like your in the characters shoes. I enjoy all of the books in the D.D. Warren series

Kirsten potter is my voice for DeeDee Warren,I love the series. They are engrossing and make my driving day so much more fun.

Was a great, suspenseful novel with some unexpected twists that had me glued to listening long after I should have stopped for the day.

Amazing thriller! Had me hooked from the very beginning since the author did so well descriptively and the narrator created a good voice for the character. Most thrillers I can guess what's going to happen along the way but this one stumped me because as the narrator tells the story, the MC become confused and you become confused right along with her. Definitely recommend for a listen that will keep you interested to the very end.

So good!! I couldn't wait to have time to continue listening each day! Had me hooked all the way to the end!

This title is due for release on February 9, 2016
We'll send you an email as soon as it is available!