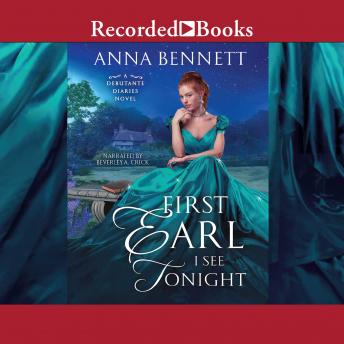 Narrated By: Beverley A. Crick

A charming, delightful new regency romance series from author on the rise, Anna Bennett! She needed a husband of convenience. She got her one true love instead.Miss Fiona Hartley's huge dowry should have ensured that finding a husband would be quick. True, she's a tad older than the average debutante, and spends too much time sketching brutally honest character portraits. She desperately needs a husband so she can access her dowry, lest the man blackmailing her reveals a secret that would ruin her family. So desperate in fact, that she's willing to do the unthinkable-propose marriage to the most surly, irritable gentleman in town.As a matter of principle, David Gray, the Earl of Somerdale, avoids two types of women: those who are obviously desperate, and those who are stark-raving mad. And it soundly appears Miss Fiona Hartley is both. Yet David can't help but be drawn to her, and gives her a test-if she can spend one week in his dilapidated estate-the same one that caused his previous fiancee to jilt him-then he'll consider her proposal. But as the week goes on, Fiona's refreshing wit finds a way into his heart. What started out as a marriage of convenience has turned into love...but will Fiona have him for the rest of her days?