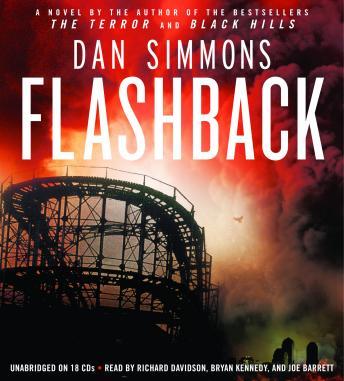 A provocative dystopian thriller set in a future that seems scarily possible, Flashback proves why Dan Simmons is one of our most exciting and versatile writers.

The United States is near total collapse. But 87% of the population doesn't care: they're addicted to flashback, a drug that allows its users to re-experience the best moments of their lives. After ex-detective Nick Bottom's wife died in a car accident, he went under the flash to be with her; he's lost his job, his teenage son, and his livelihood as a result.

Nick may be a lost soul but he's still a good cop, so he is hired to investigate the murder of a top governmental advisor's son. This flashback-addict becomes the one man who may be able to change the course of an entire nation turning away from the future to live in the past.