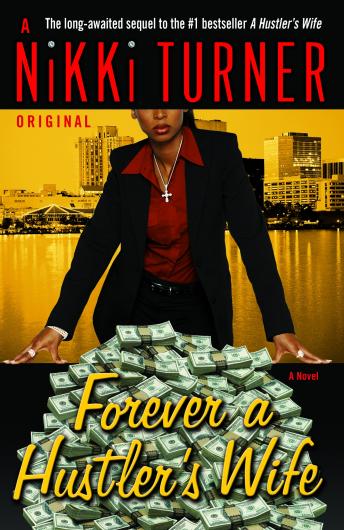 The high priestess of the hood, Nikki Turner, is back with the novel fans have been feenin’ for: the sequel to her #1 bestselling novel, A Hustler’s Wife.

Des, Virginia’s slickest gangsta, is about to become a dad when he is charged with the murder of his own attorney. But with Yarni, his gorgeous wife (and a brilliant lawyer), now calling the shots, Des isn’t going back to the slammer without a fierce fight. Even with the heat on, Des manages to take his game to the next level and finds a new hustle, one that will allow him to possess the three things all major players desire: money, power, and respect. He becomes a preacher. Reluctantly, Yarni stands by her man as he trades in his triple beam scale for a Bible and a Bentley and makes his Church of the Good Life Ministry a welcoming place for all sinners to step up to the altar.

But when Des’s nephew is killed in the high-stakes heroin trade and Des learns that someone close to him okayed the hit, the dyed-in-the-wool gangsta sets aside the Bible for the gospel of the streets–even if it means risking the one person who’s always had his back.

Much love you Nikki Turner

This title is due for release on September 29, 2009
We'll send you an email as soon as it is available!