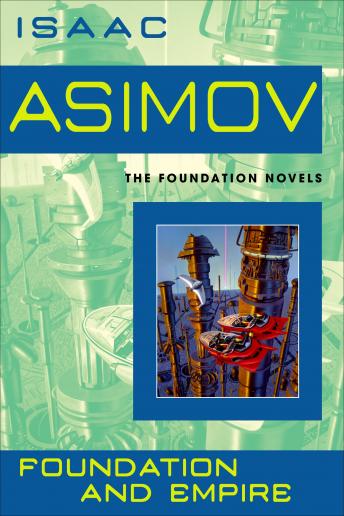 Led by its founding father, the psychohistorian Hari Seldon, and utilizing science and technology, the Foundation survived the greed and barbarism of its neighboring warrior-planets. Now cleverness and courage may not be enough. For the Empire—the mightiest force in the Galaxy—is even more dangerous in its death throes. Even worse, a mysterious entity called the Mule has appeared with powers beyond anything humanly conceivable. Who—or what—is the Mule? And how is humanity to defend itself against this invulnerable avatar of annihilation?

Filled with nail-biting suspense, nonstop action, and cutting-edge speculation, Foundation and Empire is the story of humanity’s perpetual struggle against the darkness that forever threatens to overwhelm the light—and of how the courage of even a determined few can make all the difference in the universe.

One of finest stories in SF. Narration is good, although not amazing, but still good.

This is a wonderful audio version of the second book of the Foundation series. The enunciation is clear and moves at a good pace. I am thrilled to have found audiobooks and that it works so well on my iPhone 6

This title is due for release on April 20, 2010
We'll send you an email as soon as it is available!