Frankenstein, or the Modern Prometheus 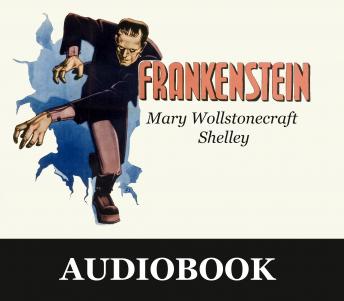 Frankenstein begins in epistolary form, documenting the correspondence between Captain Robert Walton and his sister, Margaret Walton Saville. Walton sets out to explore the North Pole and expand his scientific knowledge in hopes of achieving fame and friendship. The ship becomes trapped in ice, and, one day, the crew sees a dog sled in the distance, on which there is the figure of a giant man. Hours later, the crew finds a frozen and emaciated man, Victor Frankenstein, in desperate need of sustenance. Frankenstein had been in pursuit of the gigantic man observed by Walton's crew when all but one of his dogs died. He had broken apart his dog sled to make oars and rowed an ice-raft toward the vessel. Frankenstein starts to recover from his exertion and recounts his story to Walton. Before beginning his story, Frankenstein warns Walton of the wretched effects of allowing ambition to push one to aim beyond what one is capable of achieving. In telling his story to the captain, Frankenstein finds peace within himself.

Frankenstein, or the Modern Prometheus

This title is due for release on March 23, 2016
We'll send you an email as soon as it is available!