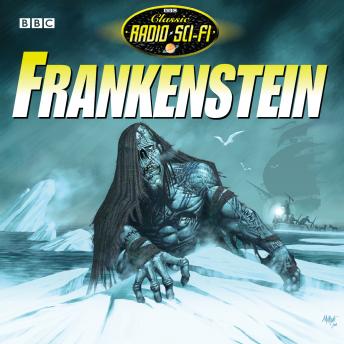 Frankenstein, first published in 1818, is widely recognised as being one of the first 'science fiction' novels. Starring Michael Maloney as Frankenstein and John Wood as the Creature, this spine-tingling dramatisation perfectly conveys the book's pervasive sense of unease and dread. Victor Frankenstein, an ambitious young scientist and seeker after knowledge, considers it the pinnacle of his career when he makes a Creature in his own name. But his triumph soon turns to horror, and he is appalled when the Creature, denied a female counterpart, turns against his creator and commits a terrible crime. In a desperate attempt to destroy his creation, the scientist tracks him from Europe to the desolate North Pole, and in this bleak landscape of ice and fog, prepares to confront his nemesis...

This title is due for release on August 4, 2008
We'll send you an email as soon as it is available!