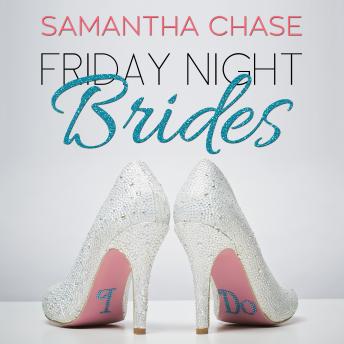 Hailey's all about things being perfect and believes she's found it with Logan Baxter III. While failing to gain Logan's attention, she can't seem to get rid of the less-than-perfect Jackson Carr. And yet, there's something about Jackson that has Hailey questioning her definition of perfect.

Becca's got a knack for dating the wrong kind of guys. When her current boyfriend publicly dumps and humiliates her, she's devastated. Max Abrams-the new photographer on the scene-is right there offering encouragement. She has to wonder if maybe getting dumped by Mr. Wrong has finally led her to Mr. Right.

Angie's loud, feisty, and completely fearless-until she gets dumped by the one guy she really had feelings for. But when Sean Peterson comes back into her life in a big way, she's not sure she's ready to forgive and forget quite so easily.

Ella's been planning her perfect wedding to Dylan Graham since she was twelve. She can't focus on all that's right in her life because all she can think about is what she may be missing. Not one to ever make waves, she suddenly sees that's exactly what she's doing. The life that she once considered boring is now the one she longs for, but is it too late?