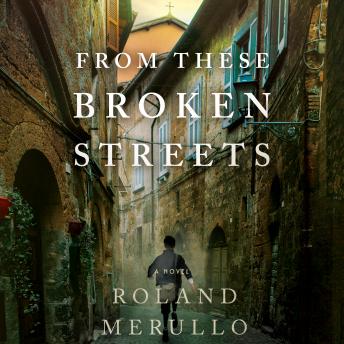 From These Broken Streets: A Novel

Roland Merullo, bestselling author of Once Night Falls, returns with a galvanizing historical novel of Nazi-occupied Naples and the rage and resistance of a people under siege.

Italy, 1943. The Nazi occupation has cemented its grip on the devastated city of Naples.

Giuseppe DiPietra, a curator in the National Archives, has a subversive plan to aid the Allies. If he’s discovered, forced labor or swift execution. Lucia Pastone, secretary for the Italian Fascist government, is risking her own life in secret defiance of orders. And Lucia’s father, Aldo, is a black marketeer who draws Giuseppe and Lucia into the underworld—for their protection and to help plant the seeds of resistance. Their fates are soon intertwined with those of Aldo’s devoted lover and a boy of the streets who’ll do anything to live another day. And all of Naples is about to join forces to overcome impossible odds and repel the Nazi occupiers.

Inspired by a true historic uprising, From These Broken Streets is a richly layered novel of the extraordinary daring of ordinary people whose bonds of love, family, and unfaltering courage could not be broken.