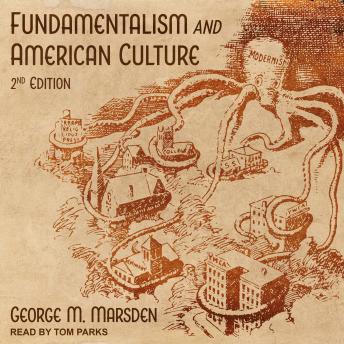 Many American's today are taking note of the surprisingly strong political force that is the religious right. Controversial decisions by the government are met with hundreds of lobbyists, millions of dollars of advertising spending, and a powerful grassroots response. How has the fundamentalist movement managed to resist the pressures of the scientific community and the draw of modern popular culture to hold on to their ultra-conservative Christian views? Understanding the movement's history is key to answering this question. Fundamentalism and American Culture has long been considered a classic in religious history, and to this day remains unsurpassed. Now available in a new edition, this highly regarded analysis takes us through the full history of the origin and direction of one of America's most influential religious movements.

For this new edition, a major new chapter compares fundamentalism since the 1970s to the fundamentalism of the 1920s, looking particularly at the extraordinary growth in political emphasis and power of the more recent movement. Never has it been more important to understand the history of fundamentalism in our rapidly polarizing nation. Marsen's carefully researched and engrossing work remains the best way to do just that.