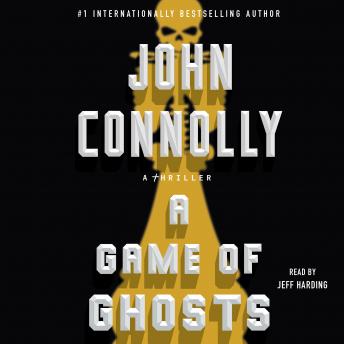 A Game of Ghosts: A Charlie Parker Thriller

“An epic supernatural suspense that will forever reset your standards for summer thrillers. From secret realms and horrific homicides to hauntings and criminal empires, there isn’t a single dull sentence found in the pages of A Game of Ghosts—and you’ll love it.” —Redbook: 10 Books You Have to Read This Summer

Books Every Dad Will Love This Father’s Day—PopSugar

Internationally bestselling author John Connolly returns with another “superb fusion of noir and the supernatural” (My Bookish Ways) in this latest thriller in his gripping Charlie Parker series.

It is deep winter and the darkness is unending. A private detective named Jaycob Eklund has vanished and Charlie Parker is assigned to track him down. Parker’s employer, Edgar Ross, an agent of the Federal Bureau of Investigation, has his own reasons for wanting Eklund found. Eklund is no ordinary investigator—he is obsessively tracking a series of homicides and disappearances, each linked to reports of hauntings. Now Parker is drawn into Eklund’s world: a realm in which the monstrous Mother rules a crumbling criminal empire, in which men strike bargains with angels, and in which the innocent and guilty alike are pawns in a game of ghosts...