The Gates of Neptune 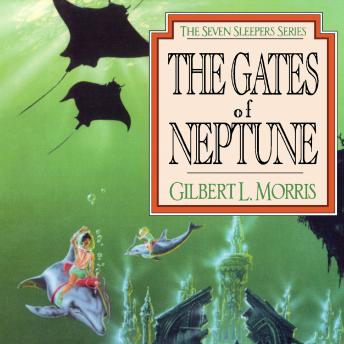 After a harrowing escape from the army of the Sanhedrin, Joshua Adams and his six young companions are thrust into yet another battle against Elmas, Chief Interrogator of the Sanhedrin and servant of the dark Lord Necros.

Fulfilling the legend of old, the Seven Sleepers seek to follow their spiritual leader Goel's instructions and are led into a most beautiful and frightening part of Nuworld.

The evil Lord Necros is in control of most of the land; now he desires to conquer it all--even the cities under the sea!  Josh and his friends are asked to help fight in the battle to save the lost city of Atlantis, but they must face unbelievable odds: the seven of them against an army of traitors and an ocean of terrifying creatures.