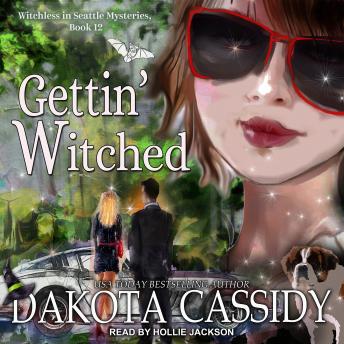 Stevie here, reporting to you live from Ebenezer Falls, Washington, with my disaster of a day.

Yes, that's right. I'm having a terrible day. The worst. It started off like any other day with the exception of Win's strange behavior, that is. But it's all gone downhill from there and I have questions. So many questions . . .

For instance, why is everyone else in Eb Falls behaving as strangely as my International Man of Mystery? And who the heck is Donna? For that matter, who's Candy Cane and why does she have snow? Who's the blonde picking up Win in our driveway? And was that an Aston Martin I just saw drive by?

What the heck is going on?

I set out to have a perfectly nice day after a long summer filled with tourists and readings at Madame Zoltar's shop. Since we'd had so little time to spend together these last few weeks, I was feeling a little left behind while Win was off on a guy's day of his own, but a much-needed spa-day should have cured that. Or at least I thought it would.

That was before everything turned upside down, Win became almost unreachable by phone or text, and the words blackmail, drugs, and extortion were bandied about . . .