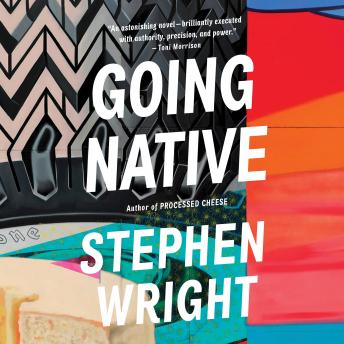 Narrated By: Will Collyer

A dutiful husband and father walks out of his life and into a road trip from hell in a novel Toni Morrison calls 'astonishing' and Don Delillo proclaims 'a slasher classic . . . strange, dark, and funny.'
Wylie Jones has a happy marriage, beautiful children, and backyard barbecues in his tastefully decorated suburban house. One night he follows a sudden impulse, leaves his wife in bed, and commandeers his neighbor's emerald-green Ford Galaxy 500, driving away without a second look. He sheds all traces of his old life in favor of a new name and a new life and drives from town to town, following his deepest impulses where they lead.
By turns scathing and hilarious, Stephen Wright's outrageous rollercoaster of sex and violence probes the nihilistic and savage core of the American identity.