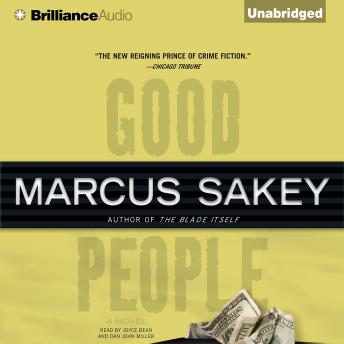 A family, and the security to enjoy it: That’s all Tom and Anna Reed ever wanted. But years of infertility treatments, including four failed attempts at in vitro fertilization, have left them with neither. The emotional and financial costs are straining their marriage and endangering their dreams. Then one night everything changes. Offered a chance at a future they’d almost lost hope in, they seize it. One simple choice. A fairy-tale ending.But Tom and Anna soon realize that fairy tales never come cheap. Their decision puts them square in the path of some ruthless men. Men who have been double-crossed. Men who won’t stop until they get revenge.No matter where they find it.

This title is due for release on August 14, 2008
We'll send you an email as soon as it is available!