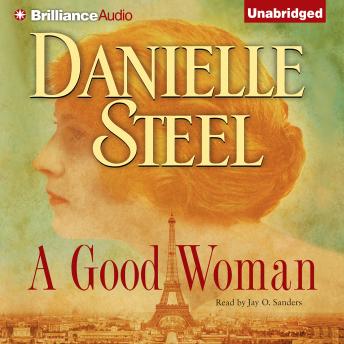 Nineteen-year-old Annabelle Worthington was born into a life of privilege, but everything changed on an April day in 1912, when the sinking of the Titanic changed her family and her world forever. Finding strength within her grief, Annabelle pours herself into volunteer work, igniting a passion for medicine that would shape the course of her life.But for Annabelle, first love, and a seemingly idyllic marriage, will soon bring grief caused by the secrets of her husband. Betrayed, and pursued by undeserved scandal, Annabelle flees New York for war-ravaged France, hoping to lose herself in a life of service. There, in the heart of the First World War, in a groundbreaking field hospital run by women, Annabelle finds her true calling, studying medicine and saving lives. And when the war ends, Annabelle begins a new life in Paris—now a doctor, a mother, her past almost forgotten…until a fateful meeting opens her heart to the world she had left behind.Finding strength in the most unlikely of friendships, pulling together the broken fragments of her life, Annabelle will return to New York one more time—this time a changed woman, a woman of substance, infused with life's experience, building a future filled with hope…out of the rich soil of the past.