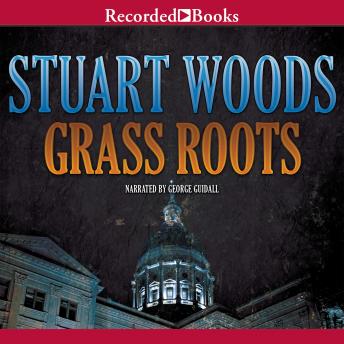 New York Times best-selling author Stuart Woods is one of suspense fiction's premier talents. Grass Roots is his first novel starring Will Lee, one of Woods' most popular creations. As the novel opens, Lee, a prominent lawyer, returns to his home town in Georgia to tackle a controversial, racially charged case while gearing up for a run at a Senate seat. A sinister group known as The Elect, however, has other plans for Lee - plans that may bring his political ambitions to a violent end.

Really enjoyed this early work by Woods. Characters were interesting and book was fast paced. Plot began a little unbelievable at times, even for a novel. But wood recommend it as a good listen. Narration was exceptional!

This title is due for release on March 23, 2012
We'll send you an email as soon as it is available!