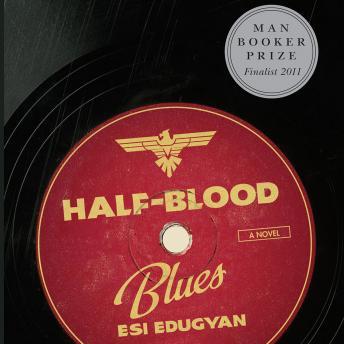 Winner of the Scotiabank Giller Prize

Shortlisted for the Governor General's Literary Award for Fiction

Berlin, 1939. The Hot Time Swingers, a popular jazz band, has been forbidden to play by the Nazis. Their young trumpet-player Hieronymus Falk, declared a musical genius by none other than Louis Armstrong, is arrested in a Paris café. He is never heard from again. He was twenty years old, a German citizen. And he was black.

Berlin, 1952. Falk is a jazz legend. Hot Time Swingers band members Sid Griffiths and Chip Jones, both African Americans from Baltimore, have appeared in a documentary about Falk. When they are invited to attend the film's premier, Sid's role in Falk's fate will be questioned and the two old musicians set off on a surprising and strange journey.

From the smoky bars of pre-war Berlin to the salons of Paris, Sid leads the reader through a fascinating, little-known world as he describes the friendships, love affairs and treacheries that led to Falk's incarceration in Sachsenhausen. Esi Edugyan's Half-Blood Blues is a story about music and race, love and loyalty, and the sacrifices we ask of ourselves, and demand of others, in the name of art.

This title is due for release on February 28, 2012
We'll send you an email as soon as it is available!