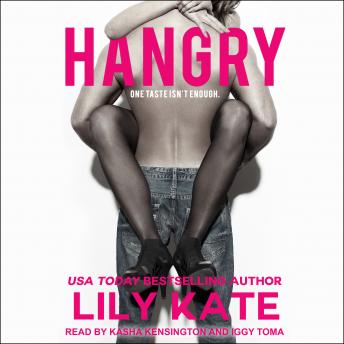 I sold my soul for a hamburger.

And I have no regrets. When a girl is trapped indefinitely in an elevator with a smoking hot burger and an empty stomach, even the strongest of women will crumble.

The story goes like this: Bradley Hamilton, former professional hockey player and the most frustrating human alive, offered me half of his hamburger in exchange for a date. I took him up on the offer-while under duress-and now I'm stuck with the consequences. Specifically, the scorching kiss that has me drooling for more.

However, there's one whopper of a problem. This man has been a thorn in my side for the last twenty years-ever since he moved next door and became my older brother's best friend. We've gone head to head for years, and now, he's trying to buy out my restaurant in order to plop one of his big fat gyms there instead.

I refuse to let him ruin my business. Unfortunately, Bradley Hamilton is like an order of fries: you just can't have one. It appears our lips are addicted to kissing. He's alarmingly handsome. Deliciously confident. And worst of all? Underneath that salty exterior he's starting to show signs of sweet.

Brad Hamilton is my guilty pleasure, my cheat meal, my greatest craving.

Which is why he'll be one habit that's hard to kick.

Cute story, but not the best writing.

A good easy read. Cute story line and some spicy parts too!

Loved being able to see both side of the story.. however I hated the Male Narrater he always made the girl sound very childish. Also need a little more character development

This is a cute, funny and different book. Despite the front pic, the steamy scenes are pretty tame. The narrator is great!

Really enjoyed the story !! Good read all round x