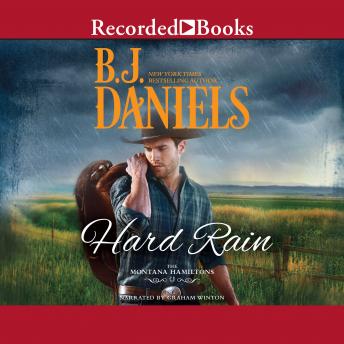 Sooner or later, every family secret comes to light. When Brody McTavish sees Harper Hamilton's runaway horse galloping across the pastures, he does what any good cowboy would do-gives chase and rescues her. Unfortunately for him, the woman he's secretly loved for years didn't need saving, and she's just reached her limit with people treating her as hopeless. But they soon have bigger problems when they make a gruesome discovery-human remains revealed by a recent rainstorm. Remains that will dredge up old Hamilton family mysteries.and bring about a scandal that could threaten all Harper's loved ones. With her father running for president, every move Harper makes is under scrutiny. But despite the risks, she's determined to uncover the truth about her family's role in a long-ago murder. If she can trust him enough, Brody will be more than an ally. He could be the only thing standing between Harper and an enemy intent on keeping the past buried forever.