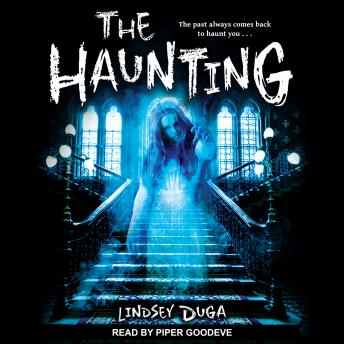 The only life twelve-year-old Emily has ever known is the cold, unloved existence of being an orphan. But everything changes when the Thorntons, a young couple from London, adopt Emily, whisking her away to a new life at their grand estate.

At first, life at Blackthorn Manor is wonderful. But as Emily explores the grounds and rooms, she stumbles upon a mysterious girl named Kat, who appears to be similar in age, and the two become fast friends.

That's when things take a turn for the worse. Kat seems to know a curious amount about the estate, and strange things happen whenever she's around. In one case, Emily narrowly avoids getting toppled by a bookcase in the library; in another, the fire erupts in the fireplace, nearly burning Emily's hands. It's almost as if someone-or something-wants Emily dead.

Emily must find out what happened to the Thorntons and, more important, how Kat is connected to these strange goings-on at Blackthorn Manor before it's too late!