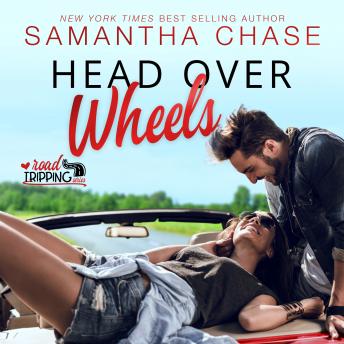 Danielle Perry has an appreciation for a certain classic car. And the man who restored it.Who says you have to be a great driver in order to appreciate fine cars? Danielle's certainly never let her less-than-stellar driving record stop her. It's why she works at Malcolm and Son Classic Car Restorations. But she's not just there for the cars-there's a certain mechanic she also can't get enough of.Malcolm King lives and breathes classic cars. Nothing can distract him.Restoring cars was in Malcolm's blood. It's more than a job-it's an obsession, one that leaves him little time for anything else. But there's a certain sassy brunette who keeps stealing his attention. Taking her with him to a car show seemed like a harmless idea. Except when he's around her, business is the furthest thing from his mind.One week on the road can take Danielle and Malcolm from friends to lovers. But one spin in a classic car could ruin everything. So which will win out-Malcolm's love for cars or his feelings for Dani?

This title is due for release on October 29, 2020
We'll send you an email as soon as it is available!