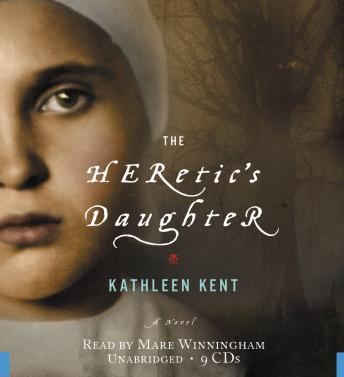 The Heretic's Daughter: A Novel

Salem, 1752. Sarah Carrier Chapman, weak with infirmity, writes a letter to her granddaughter that reveals the secret she has closely guarded for six decades: how she survived the Salem Witch Trials when her mother did not.

Sarah's story begins more than a year before the trials, when she and her family arrive in a New England community already gripped by superstition and fear. As they witness neighbor pitted against neighbor, friend against friend, the hysteria escalates -- until more than two hundred men, women, and children have been swept into prison. Among them is Sarah's mother, Martha Carrier. In an attempt to protect her children, Martha asks Sarah to commit an act of heresy -- a lie that will most surely condemn Martha even as it will save her daughter.

This is the story of Martha's courageous defiance and ultimate death, as told by the daughter who survived.

This title is due for release on September 3, 2008
We'll send you an email as soon as it is available!