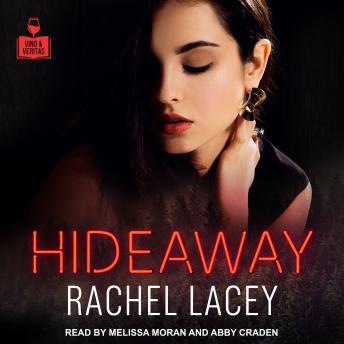 After becoming an inadvertent viral sensation-and losing her job and her girlfriend as a result-Phoebe Shaw retreats to Vermont. Renovating her late grandmother's cabin into a vacation rental seems like the perfect way to lie low for a while. But the last person she expects to encounter on the property is the woman whose kiss was her teenage sexual awakening . . . and whom she's never quite forgotten.

Taylor Donovan has been hiking on the trails behind the Shaw family's cabin her whole life. As children, Taylor and Phoebe were best friends before sharing a secret summer romance when they were sixteen, which left Taylor brokenhearted when Phoebe fled at the end of the summer. Now the property has become Taylor's home away from home, and she wants nothing more than to convince the Shaws to sell it to her. But Phoebe's return puts a crimp in those plans-and brings back old feelings she thought she'd overcome.

Of all the things Phoebe regrets, leaving Taylor is at the top of the list, but Taylor is determined to protect her heart. Yet the pull between them is stronger than ever. This time around, will love stay hidden . . . or finally see the light of day?

Hideaway is a lovely and sexy second chance romance, with puppies. I reviewed the book not long ago but I couldn’t wait any longer to listen to the audiobook. Some books are happy places. Rachel Lacey’s books have been like that for me since the first one I read, and this one was too. From the moment I started reading and, later, listening, I was smiling. Phoebe lost her job as a financial analyst and her girlfriend right after, all because something she should have been proud of was turned into a stupid meme. A break getting her late grandmother’s cabin in Vermont ready for rental sounds like a good idea. Focused on her recent drama, she didn’t remember the girl whose heart she broke when they were sixteen. A girl who happens to be the first person she sees when she gets to the cabin. Except the girl is a woman now and the attraction doesn’t seem to have weakened in thirteen years. I loved both main characters, Taylor’s almost brooding personality and her love for Vermont, Phoebe and her certainty that what they have is worth fighting for. Taylor wants to trust her but is scared of getting her heart broken a second time and yet she can’t stay away. The second-chance trope is one of my favourites and Rachel Lacey handles it perfectly. Even if they weren’t aware of it, Taylor and Phoebe never really stopped loving each other, and the chemistry they felt at sixteen is all the stronger now that they’re adults and ready to let it play out completely. Their relationship is both new and familiar and that mix makes it very sexy. The fact that they know each other’s body already, bodies that have matured from teenagers to women, combined with everything they still have to discover together definitely brings the heat up. There are a few secondary characters but the ones that really matter are all dogs, from Minnie and Blue, Taylor’s dog and the one she’s fostering, to Violet, the pitbull Phoebe agrees to take in temporarily to her puppies. They’re all wonderful, with real personalities, and they’re instrumental in bringing the two women together. The ending is perfect as it is but if you can’t get enough of Taylor and Phoebe, there’s a bonus epilogue, which isn’t included in the audiobook. You can get it (in its written form) by subscribing to the author’s newsletter. I haven’t ever been convinced by audiobooks with two narrators until now. I still would love them to interact really, but since alternate chapters is the way it goes, I’ll take it. I love Melissa Moran for Phoebe and Abby Craden for Taylor. The two narrators’ styles complement each other and their voices for each other’s characters are similar enough, in intent if not in tone, that it worked for me. More than worked. The whole audiobook and the whole narration were a joy to listen to.

It was hard with 2 different narrators but I liked it very much.