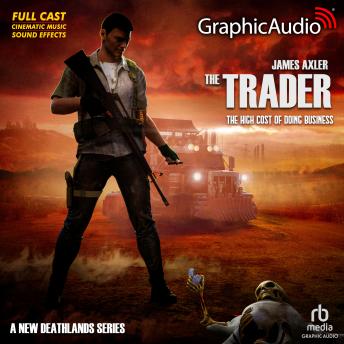 The High Cost of Doing Business [Dramatized Adaptation]: The Trader 1

In a mutie-filled, irradiated wasteland, Trader and crew set out to find the scavvie Marsh Folsom. Stories going around say that Folsom has knowledge of an underground cache with a legendary bounty.

But when the price for staying alive is already brutally steep, just how much is Trader willing to trade for what he seeks?

This title is due for release on November 1, 2022
We'll send you an email as soon as it is available!