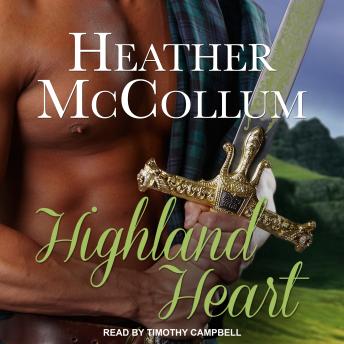 Alec Munro, chieftain of the Munros, has captured the Englishman who swindled his father. Set on retribution, he's caught off-guard by the thief's beautiful daughter, a lass whose beauty and spirit leave him questioning the value of revenge. Rachel Brindle has a secret: she can heal people with her magic. While journeying with her father and sister into the Highlands, she becomes a prize sought between two warring clans. She must use her cunning and her healing magic to prevent the same slaughter that started the blood feud a century ago. But when her secret is exposed, will it condemn her in the eyes of the barbarian who has capture not only her family, but also her heart?

This title is due for release on December 21, 2021
We'll send you an email as soon as it is available!