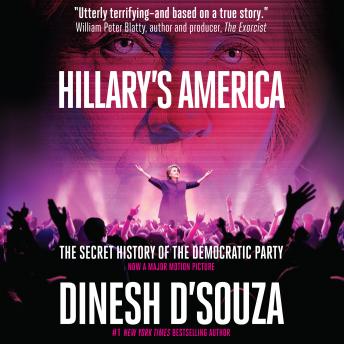 Bestselling author Dinesh D'Souza has a warning: We are on the brink of losing our country forever. After eight years of Obama, four years-or possibly eight years-of Hillary Clinton as president of the United States would so utterly transform America as to make it unrecognizable.

In this, his shocking new book-accompanied by a sweeping, dramatic documentary film-D'Souza reveals the sordid truth about Hillary and the secret history of the Democratic Party:

 Why Hillary is the most corrupt presidential candidate ever

 Hillary, the enabler: the long-standing Democratic political war against women, now led by a woman who has defended an alleged rapist

 How the Democratic Party-the party of slavery, segregation, and eugenics- remains the party of racism, welfare enslavement, and "liberal fascism"

 How Hillary Clinton's political mentor was, literally, a cold-blooded gangster, and how progressive gangsterism shapes her worldview

 Obama's heir: how, if elected president, Hillary will entrench leftism in America's federal bureaucracy and the Supreme Court in ways that will haunt us for generations to come

America's only hope, says D'Souza, is a resurgent Republican Party, the party of Lincoln and Reagan; the party of civil rights, economic opportunity, and freedom; the party that truly has the opportunity to not only save America, but make it great again.

This title is due for release on July 18, 2016
We'll send you an email as soon as it is available!