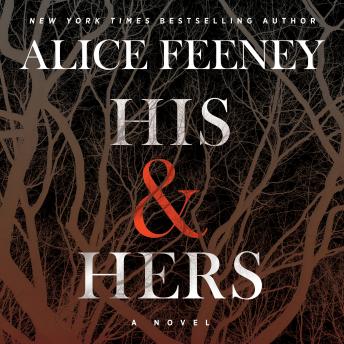 FROM THE NEW YORK TIMES BESTSELLING AUTHOR OF Sometimes I Lie

'Richard Armitage and Stephanie Racine give an arresting performance of this dark psychological thriller...As secrets are uncovered and additional bodies are found, Armitage and Racine shine with impeccable pacing, building tension that adds to the suspense.' -- AudioFile Magazine

There are two sides to every story: yours and mine, ours and theirs, His & Hers. Which means someone is always lying.

When a woman is murdered in Blackdown, a quintessentially British village, newsreader Anna Andrews is reluctant to cover the case. Detective Jack Harper is suspicious of her involvement, until he becomes a suspect in his own murder investigation.

Someone isn’t telling the truth, and some secrets are worth killing to keep.

His & Hers is a twisty, smart, psychological thriller. A gripping tale of suspense, told by expertly-drawn narrators that will keep listeners guessing until the very end.

meh. just ok. could've been told in a lot less time. ending was dragged out.

Great narration!! Loved the story, the setting and the main characters perspectives! A good thriller with nice twists. I stayed up very late to finish because I had to know the outcome!

This is a totally immersive mystery novel with more twists than you can imagine, some I figured out, but most I didn’t until the very end. Totally creepy, but a fun read!

Overall, I really really enjoyed this book. The narration is superb. My one complaint is animal cruelty, which is a trigger for some.

Excellent book!! Had me guessing the whole time and I had it wrong each time. Definitely worth reading!!

I really enjoyed this book. Lots of twists and turns that you don’t expect. Just when I thought I knew what happened, it continued to surprise me. I couldn’t put this down. The narrators were excellent, they really made this story come to life.