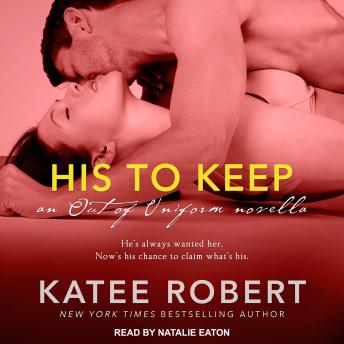 School teacher Marceline Bellini gave up everything-men, sex, anything resembling a social life-to raise her young daughter. To be the perfect parent. But when she attends an engagement party in her standard stick-in-the-mud mode, her friends begin plying Marcy with shots. Just enough to convince her that a little fun doesn't sound like a bad idea . . . and having some naughty fun is an even better one.

Like finding herself deliciously pressed against a dark alley wall by the very familiar and very hot body of her best friend's older brother.

After years of waiting in painful silence, police officer Aaron Robinson finally has Marcy's attention. And man, does he have it. But nothing could have prepared either of them for the rush of fiery lust between them. So he'll just have to convince Marcy he's for real. And that a rainy, lust-fueled romp is the first step to a lifetime of completely imperfect happiness . . .

This title is due for release on December 14, 2021
We'll send you an email as soon as it is available!