Hollywood vs. America: Popular Culture and the War on Traditional Values 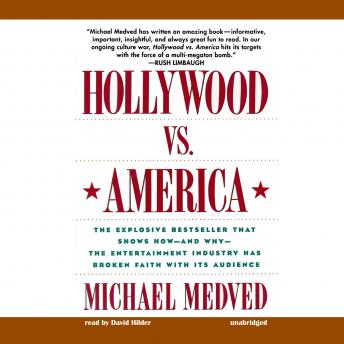 Why does our popular culture seem so consistently hostile to the values that Americans hold dear? Why does the entertainment industry attack religion, glorify brutality, undermine the family, and deride patriotism? In this explosive book, one of the nation’s best known film critics examines how Hollywood has broken faith with its public, creating movies, television, and popular music that exacerbate every serious social problem we face, from teenage pregnancies to violence in the streets.
In hard-hitting chapters on “The Attack on Religion,” “The Addiction to Violence,” “Promoting Promiscuity,” “The Infatuation with Foul Language,” and other subjects, Medved outlines the underlying themes that turn up again and again in our popular culture.

Hollywood vs. America: Popular Culture and the War on Traditional Values

This title is due for release on February 14, 2014
We'll send you an email as soon as it is available!