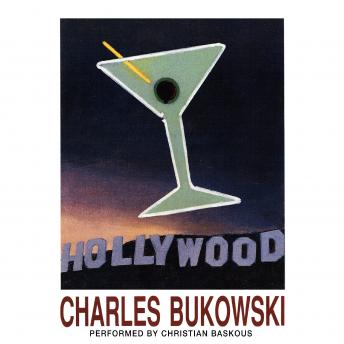 From iconic tortured artist/everyman Charles Bukowski, Hollywood is the fictionalization of his experience adapting his novel Barfly into a movie by the same name.

Henry Chinaski, Bukowski’s alter-ego, is pushed to translate a semi-autobiographical book into a screenplay for John Pinchot.  He reluctantly agrees, and is thrust into the otherworld called Hollywood, with its parade of eccentric and maddening characters: producers, artists, actors and actresses, film executives and journalists.  In this world, the artistry of books and film is lost to the dollar, and Chinaski struggles to keep his footing in the tangle of cons that comprise movie making.

Hollywood is Dirty Old Man Bukowski at his most lucid.  It overflows with curses, sex, and alcohol.  And through it all, or from it all, Bukowski finds flashes of truth about the human condition.

This title is due for release on August 13, 2013
We'll send you an email as soon as it is available!