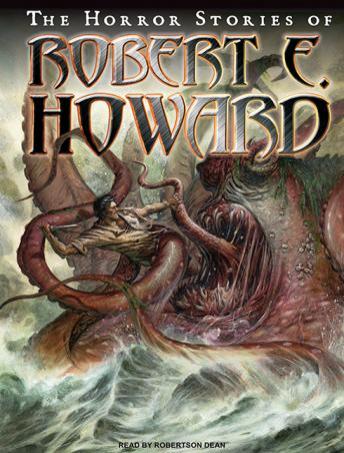 Robert E. Howard, renowned creator of Conan the barbarian, was also a master at conjuring tales of hair-raising horror. In a career spanning only twelve years, Howard wrote more than a hundred stories, with his most celebrated work appearing in Weird Tales, the preeminent pulp magazine of the era.

In this collection of Howard's greatest horror tales, some of the author's best-known characters-Solomon Kane, Bran Mak Morn, and sailor Steve Costigan among them-roam the forbidding locales of Howard's fevered imagination, from the swamps and bayous of the Deep South to the fiend-haunted woods outside Paris to remote jungles in Africa.

Included in this collection is Howard's masterpiece 'Pigeons from Hell,' a tale of two travelers who stumble upon the ruins of a Southern plantation-and into the maw of its fatal secret. In 'Black Canaan,' even the best warrior has little chance of taking down the evil voodoo man with unholy powers-and none at all against his wily mistress, the diabolical High Priestess of Damballah. Also included is the classic revenge nightmare 'Worms of the Earth' as well as 'The Cairn on the Headland.'

Excellent horror fiction. Howard is in some ways a better writer than Lovecraft, though Lovecraft may be the better imaginer. Very cinematic for its time.

This title is due for release on March 30, 2010
We'll send you an email as soon as it is available!