I Heard the Owl Call My Name 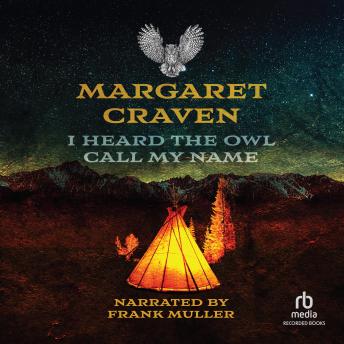 The touching story of a young, mortally ill priest who spends his last days working among the Kwakiutl Indians of British Columbia. Amid the grandeur of the remote Pacific Northwest stands Kingcome, a village so ancient that, according to Kwakiutl myth, it was founded by the two brothers left on earth after the great flood. The Native Americans who still live there call it Quee, a place of such incredible natural richness that hunting and fishing remain primary food sources. But the old culture of totems and potlatch is being replaces by a new culture of prefab housing and alcoholism. Kingcome's younger generation is disenchanted and alienated from its heritage. And now, coming upriver is a young vicar, Mark Brian, on a journey of discovery that can teach him-and us-about life, death, and the transforming power of love.

I Heard the Owl Call My Name

This title is due for release on April 6, 2012
We'll send you an email as soon as it is available!