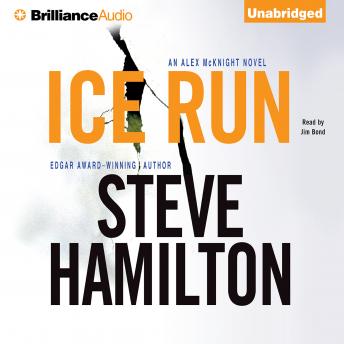 Alex McKnight is in love. Even though he met Natalie Reynaud, an officer from the Ontario Provincial Police, under difficult circumstances, they share a common bond of solitude, as well as the same nightmare - they’re both cops who buried their partners. It’s Alex’s first real relationship in years, which in some ways is terrifying. But Natalie has her own fears to deal with - and her own secrets.

They brave a violent snowstorm to spend the night together in a historic hotel in Sault Ste. Marie, Michigan. There, they meet a mysterious old man who seems to know a lot about Natalie - and about her family. But they won’t be getting any answers from him - he’ll be found frozen to death in a snowbank the very next morning. From this single incident, an old blood feud will be reignited, one going back decades to an event buried in her family’s past - an event that even now can still drive men to kill each other.

As much as Natalie doesn’t want Alex to become entangled in this web of lies and hatred, there’s no way he can let her face this danger alone. This is a man who has gotten beaten up, shot at, and even dragged behind a snowmobile, all because he’s a sucker for a friend in need.

How much further will he go for love?