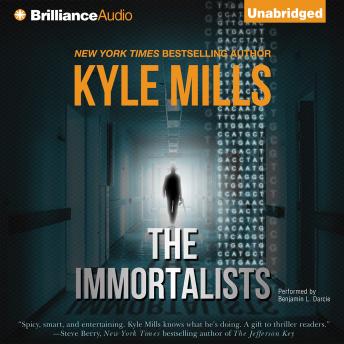 Dr. Richard Draman is trying desperately to discover a cure for a disease that causes children to age at a wildly accelerated rate—a rare genetic condition that is killing his own daughter. When the husband of a colleague quietly gives him a copy of the classified work she was doing before her mysterious suicide, Draman finally sees a glimmer of hope.  The conclusions are stunning, with the potential to not only turn the field of biology on its head, but reshape the world.  Soon, though, he finds himself on the run, relentlessly pursued by a seemingly omnipotent group of men who will do whatever it takes to silence him.

This title is due for release on December 6, 2011
We'll send you an email as soon as it is available!