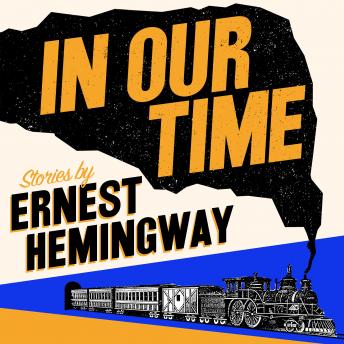 In Our Time is an exploration of alienation, loss, and war that launched Ernest Hemingway into the American public consciousness and began his career as one of American’s foremost writers.

Originally composed of six vignettes commissioned by Ezra Pound, Ernest Hemingway’s In Our Time was later expanded by Hemingway with the addition of fourteen more short stories. These brief glimpses into the author’s life and mind portray the evolution of an artist—a writer testing the form’s limits, stretching his imagination, and experimenting with the “fibrous and athletic” language that would propel his novels and make its mark on literary history.

These are scenes of war, bullfights, brutality, and death, yet there are also moments of humor and beauty. In Our Time captures a moment in a master’s career, in which we are given a hint of what is to come.

This audiobook contains all 16 vignettes and 14 short stories from the 1925 publication, including the famous Nick Adams stories Indian Camp, The Doctor and the Doctor's Wife, The Three Day Blow, and The Battler.

This title is due for release on March 4, 2021
We'll send you an email as soon as it is available!