In the Heart of the Sea: The Tragedy of the Whaleship Essex 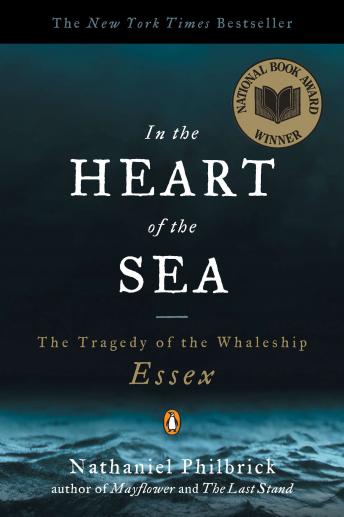 From the author of In the Hurricane's Eye and Valiant Ambition, the riveting and critically acclaimed bestseller and a major motion picture starring Chris Hemsworth, directed by Ron Howard.

Chris Hemsworth, Cillian Murphy, Ben Whishaw, and Brendan Gleeson star in a film based on this National Book Award–winning account of the true events behind Moby Dick.

In 1820, the whaleship Essex was rammed and sunk by an angry sperm whale, leaving the desperate crew to drift for more than ninety days in three tiny boats. Nathaniel Philbrick uses little-known documents and vivid details about the Nantucket whaling tradition to reveal the chilling facts of this infamous maritime disaster. In the Heart of the Sea—and now, its epic adaptation for the screen—will forever place the Essex tragedy in the American historical canon.

In the Heart of the Sea: The Tragedy of the Whaleship Essex

This title is due for release on January 1, 2001
We'll send you an email as soon as it is available!