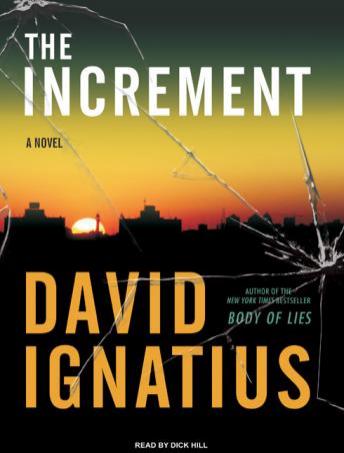 The Increment: A Novel

From a hidden enclave in the maze of Tehran, an Iranian scientist who calls himself 'Dr. Ali' sends an encrypted message to the CIA. It falls to Harry Pappas to decide if it's for real. Dr. Ali sends more secrets of the Iranian bomb program to the agency, then panics. He's being followed, but he doesn't know who's onto him, and neither does Pappas. The White House is no help-they're looking for a pretext to attack Tehran.

To get his agent out, Pappas turns to a secret British spy team known as 'The Increment,' whose operatives carry the modern version of the double-O 'license to kill.' But the real story here is infinitely more complicated than he understands, and to get to the bottom of it he must betray his own country.

The Increment is The Spy Who Came in from the Cold set in Iran, with a dose of Graham Greene's The Human Factor to highlight the subtleties of betrayal.