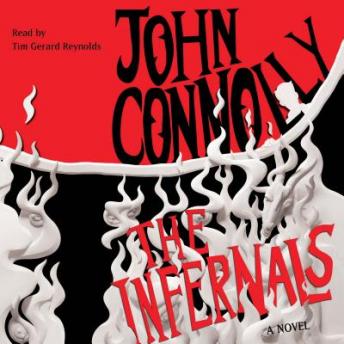 The Infernals: A Novel

From New York Times bestselling author John Connolly, a wonderfully strange and brilliant novel about a boy and his dog and their journey to escape the fires of hell.

“Roald Dahl meets Harry Potter”* in this wonderfully strange and brilliant novel about a boy, his dog, and their struggle to escape the wrath of demons.

Young Samuel Johnson is in trouble. Not only is his eyesight so poor that he mistakenly asks out a letter box on a date but an angry demon wants revenge for Samuel’s part in foiling the invasion of Earth by the forces of evil. When Samuel and his faithful dachshund, Boswell, are pulled through a portal into the dark realm, home of the Infernals, it gets its chance.

Catching Samuel won’t be easy, for the Infernals have not reckoned on the bravery and cleverness of a boy and his dog; a hapless demon’s loyalty to the duo; or the presence of two clueless policemen and an unlucky, if cheerfully optimistic, ice-cream man.

Most of all, no one has planned on the intervention of an unexpected band of little men who also have recently found themselves in the underworld. If you thought demons were frightening, just wait until you meet Mr. Merryweather’s Elves. . . .

This title is due for release on October 18, 2011
We'll send you an email as soon as it is available!